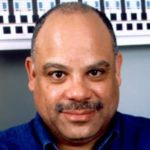 Mark Dean is an inventor and computer engineer. He was part of the team that developed the ISA bus, and he led a design team for making a one-gigahertz computer processor chip. He holds three of nine PC patents for being the co-creator of the IBM personal computer released in 1981. In August 2011, writing in his blog, Dean stated that he now uses a tablet computer instead of a PC.