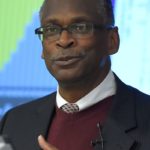 Lonnie Johnson is an American inventor, aerospace engineer, and entrepreneur, whose work history includes a U.S. Air Force term of service and a twelve-year stint at NASA, including the Jet Propulsion Laboratory. He invented the Super Soaker water gun in 1990, which has been among the world’s bestselling toys ever since.